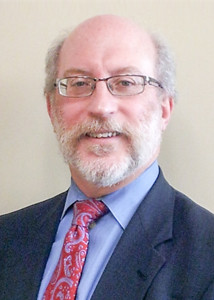 LAWRENCE R. CHABAN practices in Pittsburgh, Pennsylvania as a member of AlpernSchubert, P.C..  His primary area of practice is in workers= compensation, in which he is a Certified Specialist, social security disability and labor/employment law, representing plaintiffs and employees.  He received his BA (1977) and JD (1980) degrees from the University of Pittsburgh, both with honors, and is a member of the Order of the Coif.  Mr. Chaban has been admitted to practice in the Commonwealth of Pennsylvania since 1980 and is also admitted in the Court of Appeals for the Third, Fourth and Sixth Circuits and the District Court for the Western District of Pennsylvania.  He is a member of the Allegheny County, Pennsylvania and American Bar Associations, the Pennsylvania Association for Justice and the National Organization of Social Security Claimants Practitioners.  He is also recognized for his workers= compensation practice in The Best Lawyers in America and as a Pennsylvania Super Lawyer.  He lectures frequently for the PBI, PAJ, employer/insurer organizations and the Bureau of Workers’ Compensation on workers= compensation.  Mr. Chaban has also written a number of amicus briefs for PAJ=s amicus committee on important workers= compensation topics before the Supreme and Commonwealth Court.  For this work, he has been awarded the George F. Douglas Amicus Curiae Award in 2007 by PAJ.  Mr. Chaban served as the Chair of the Workers’ Compensation Section of PAJ from 2005-2007 and served as chair of its Amicus Committee from 2009-2011.  He has also served as Comptroller for the PAJ from 2013-2018.  Mr. Chaban was awarded the prestigious Milton D. Rosenberg Award in 2018 for leadership and advocacy for injured workers and service to the PAJ.   He sits on the council for the PBA Worker’s Compensation Section, serving as Chair in 2011-2012. In March 2013, he was inducted as a Fellow of the College of Workers’ Compensation Lawyers.  Mr. Chaban was appointed to the Pennsylvania Workers’ Compensation Advisory Council in October 2015 and serves as Employee Co-Chair.